The calendar has finally ticked over to 2021, and many of us are wondering how to set running goals in a year with so much uncertainty around races. Fortunately, we here at The Final Turn are here to help! We’ve developed a 2021 running checklist of running achievements for runners of all skill levels that we think are fun, achievable, and inspiring. Compete with your friends and family to see who can tick the most boxes!

Run or walk at least an hour without tracking yourself using any hardware.

Run around a lake.

Run with a dog.

Do a “long run” at one minute slower per mile than your typical long run pace.

Listen to a full album while on a run.

Finish an audiobook that you listened to exclusively while running.

Run and swim on the same day.

Run and bike on the same day.

Run and ski or snowboard or surf on the same day.

Take a selfie in front of a major landmark in your city and send it to us @thefinalturnpod on Twitter!

Count the number of "hellos" you can get back if you say hello to every runner you pass*.

Count the number of snowmen you see on a winter run*.

Count the number of skeletons you see on a fall run*.

Count the number of national flags you see during the month of your country's biggest national holiday*.

* Let us know how many you count @thefinalturnpod on Twitter!

Run to the highest safely runnable point of whatever municipality you live in.

Run during an air show*.

Run during a fireworks display*.

Run around a stadium during a game*.

Run around a concert venue during a concert*.

Convince someone else to give running a shot. Encourage them to commit to three runs over a two week period.

Run to AND from a meal. We recommend brunch.

Pick a new stretch or exercise (ideas: try to touch your toes, plank for 60 seconds, do 10 pushups) and commit to doing it every day for a week.

Run with your shirt off! You'll feel free. And let us know how it goes at @thefinalturnpod. 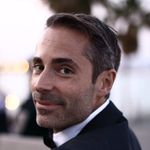